Social justice does not take place in silos, nor does it come about by merely doing a ‘privilege check’.

“So you put the burden on me to raise it as my issue?”

P responded to my WhatsApp text yesterday as I urged her to write a think piece on the Hathras rape case. Before making this request, a professional hazard, we were discussing long distance running, strength training, different fitness apps and gears etc.

P and I grew up in towns sitting adjacent to Hathras. When we were colleagues at an A-list Delhi University college, we’d spend some afternoons discussing what that milieu was and how we survived it. Yesterday, we both figured that we only had rage, blind rage, over what was done to the Hathras victim, first by the rapists, and subsequently by the police.

“I can’t write it myself…But somebody needs to raise the question ki bhai kab tak chalega ye sab?” – I had texted, to which P had responded with the curt statement above.

I deserved it. I was trying to play too safe, perhaps, by doing the politically correct thing.

P cleared the clouds in my head with her subsequent messages:

“ … you need to figure out a way of articulating it as your issue then na…, ”and, “Maybe you could start with this conversation?”

Do We Really Need To Bicker About Who Gets to Speak For Whom?

Who is afraid of ‘appropriation’? Or of ‘hijacking’ the ‘issue’? Or even of ‘making it about themselves’? In all likelihood, all these concerns are the last things on the mind of an individual or a community suffering physical, structural, cultural, sexual or psychological violence. And, mostly, brass tacks are more useful than air quotes. The unfashionably material issues of food, water, access (to education, employment, justice…everything), nutrition et al.

Can the subaltern speak without an ally? Of course. Should the subaltern march alone just because the ally can possibly make it all about herself? Now, that is a trick question. More provocatively, can only a Dalit woman legitimately outrage about the Hathras rape case ? Is rape only a women’s issue?

Ought privilege become a guilt trap that, ironically, also encourages indifference and, worse, laziness? When cruelty can be public — all engulfing — why shouldn’t the outrage against it be all-encompassing?

It has been established that identity-based motivations are often behind incidents of sexual assault. Does our response have to be identity-based, too? If yes, will it not bolster public cruelty which scholar Michelle Rodino-Colocino defines as “the deliberate infliction of physical, and secondarily emotional, pain upon a weaker person or group by stronger ones in order to achieve some end, tangible or intangible”?

Can ‘Dalit Issues’ Only Be Taken Up By Fellow Dalits?

Coming back to the specific issue of rape, it is fallacious to categorise this as only a crime against women, and thus conveniently shove it in a bag labeled ‘women’s issues’. It is, in fact, a national security issue and needs to be treated as such. Rape as an instrument of oppression attempts to destabilise one half of the population, plus some bonus gains coming in from the other half. Why should the burden of proof, outrage, and even advocacy fall upon the shoulders of only the victim individuals and communities?

The fact that Uttar Pradesh had to wait for a Dalit woman to assume the CM’s role to see a significant rise in the number of reported rapes, says how this debate of “my issue, your issue” does more damage than good. When Mayawati assumed power in UP, she had instructed all the police station to record every single rape accusation brought there by a Dalit woman. When she lost power, the number of rapes reported by Dalit women fell from 375 cases in 2011 to 285 in 2012 (NCRB 2014).

This small statistical entry is enough to serve as an indictment, ironically, of the limits of exclusionary representative politics. Damned is the society that cannot care for those who are not ‘people like us’.

Each one of us bears responsibility to create an enabling environment for the members of each marginalised community to feel secure and not desperately clutch at the straws of ghettoisation. Social justice does not take place in silos, nor does it come about by merely doing a ‘privilege check’. Put this privilege to work, shall we?

No Hierarchy Of Empathy Needed, Please

And now there is this minor problem of the Constitution and the rights it grants to all the people of this country. No crystal-gazing is required to figure that constitutional rights are not the panacea for social ills. Public power trumps constitutional rights; violence and discrimination are seen as legitimate expressions of privilege. We need to turn this concept upside down. Privilege ought to manifest itself differently: through empathy and honesty.

Let’s talk about ‘agency’, too. For powerful people, even ‘lack of agency’ works in their favour. Scholar Susan Ehrlich explains that the “grammar of non-agency” paints powerful perpetrators with an “aura of non-responsibility”, turning them into victims of forces beyond their own control. Remember Mulayam Singh Yadav’s “Boys make mistakes” statement?

Most law enforcement personnel perceive victimhood through the lens of caste, class, religious background, and gender norms when it comes to crimes like rape. Those who are committed to social justice need not do the same.

The concept of intersectionality is supposed to bring an added layer of empathy but we don’t need a hierarchy of ally action.

As Carrie A Rentschler succinctly articulates, “A rape culture condones physical and emotional terrorism as the norm.” ‘Terrorism’ is not the ‘issue’ or ‘problem’ of one individual or community – it affects an entire nation and subsequently the world. 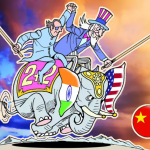 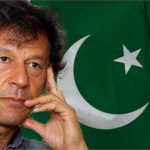