SAWM India member Nishtha Gautam tries to throw light on one of the most important business of Kashmir – the apple trade and how it can be affected by the horrible killing of an  truck driver carrying apples by two militants just hours after the post paid mobile services were restored after more than two months in Kashmir.

As per J&K excise department records, accessed by The Quint, at least 34,599 trucks crossed Lakhanpur into Punjab until 9 October. They are estimated to have carried more than 4,40,000 metric tonnes (mt) of apples: almost a quarter of this year’s produce.

The killing of Sharief Khan in Shirmal village of Shopian by two militants on 14 October needs to be analysed in this context.

Militants set the truck, carrying a Rajasthan number plate, on fire and killed the driver only hours after post-paid mobile services were restored in Kashmir after more than two months. Nobody has taken the responsibility for this attack as yet. Police sources say that one of the militants is from Pakistan belonging to Jaish-e-Mohammad. The local militant has affiliations with Hizb-ul-Mujahideen outfit.

In a calibrated move, this attack aims to puncture the “normalcy” narrative of the government. SMS services were blocked quickly after the incident. A senior CRPF official told The Quint that the incident is bound to cause a stir among the apple traders and growers. Since the local dailies like Greater Kashmir did not report the incident on 15 October—the news broke only around 9 pm by which time most local newspapers close their issue—the impact is yet to be seen.

Government’s decision to procure almost half the produce on higher than current market price through NAFED eased some of the worries of apple growers, since transportation became the government’s responsibility. More than 3,000 farmers have registered themselves with NAFED and J&K Department of Horticulture Marketing and Planning.

It’s noteworthy that this latest incident directed against the apple industry has taken place in Shirmal in Shopian district, where Ambri variety of apple—the pride of Kashmiri horticulture—is getting ready to be shipped to national mandis. Out of all apple producing districts Shopian has managed to ship the least number of apple boxes so far through NAFED’s centres: 2,381, as opposed to 70,178 in Anantnag, 3,721 in Sopore and 2,510 in Srinagar, as per J&KHMP records till 9 October.

During the unrest of 2016, aftermath of Burhan Wani’s killing, the apple trade in Kashmir took some beating. Production dropped down from 1.9 million mt in 2015-2016 to 1.7 million mt in 2016-2017. It needs to be underscored that Kashmir’s apple producing area sprawls across the most politically charged districts: Baramulla in north and Kulgam, Shopian and Anantnag in south. As data shows, apple production increased in the past two years, signalling resilience on the part of orchard owners and traders in the face of political uncertainty and violence. Investment in a perishable commodity industry requires a certain resilience and confidence in supply chain in equal measure.

On 09 September, The Quint published a ground report on the apple trade of the region after the 05 August developments. It appeared then that the success of ‘civil curfew’ depended upon ensuring the apple orchard owners and traders did not engage in any harvest or transport activity. Since the harvest was few weeks away, the apple growing community seemed to bide its time.

Militants groups have been ensuring that resistance to Indian government’s move to bifurcate J&K into two union territories and the abrogation of Article 370, taking form of a civil lock-down, remains strong, even against the will of the people of Kashmir. They have been particularly wary of economics dictated resilience of apple growers and traders.

On 7 September, LeT militants opened fire on the family of Mohammad Ramzan in Dangerpora area of Sopore. Ramzan, a apple trader, was injured along with his son Arshid Ahmad Rather and toddler grand daughter. Two other traders, who were brought along by the militants as guides, were also shot at inside Ramzan’s house. The message was loud and clear: desist and cease. Asif Maqbool Bhat of LeT leading this attack was killed in an encounter three days later. The transportation of apples did not stop despite such attacks and threats.

Residents of Shopian have shared with The Quint that the activity of plucking apples slowed in the adjoining 3-4 orchards on the morning of 15 October but the general area was largely unaffected. However, the full extent of losses incurred by the apple industry can be known only after the season ends.

A senior police official from Shopian district says, “Since intimidating tactics on apple growers failed, they (militants) are targeting truckers so they (truckers) stay away. But truckers are truckers, and they have been coming to Kashmir for years now. They are not to be scared off easily”.

Xi trying to reclaim authority at home through aggressive behaviour: China Expert
Sexualising and policing girls’ bodies
History, the standoff, and policy worth rereading
Yes, Hathras Rape Case is My Issue. No, I’m Not a Dalit Woman
Power Toolkits cut her to size: Users Manual for DIY sarkar
Reclaiming SAARC from the ashes of 2020 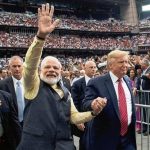