Shooting the messenger: The case of Rozina Islam

The harassment and detention of Rozina Islam, an acclaimed, award-winning journalist with ‘Prothom Alo’, a leading Bangladeshi daily newspaper, and her being sent to jail subsequently, on charges of stealing and violating the Official Secrets Act has sent shockwaves across Bangladesh and the region.

The journalist, who has been writing on and exposing a variety of major corruption issues, including a lack of transparency in a Corona vaccine deal with Russia, corruption in recruitments to the Health services and huge irregularities in the purchase of essential drugs, among others, visited the Bangladesh Health Ministry offices within the secretariat on a routine visit on May 17 when she was suddenly detained, confined to one room and questioned for hours. She fell ill with the sustained questioning and, instead of being taken to a hospital, was removed to a police thana overnight and produced in court the next morning. She was not allowed to meet or speak with her colleagues or family. She was denied bail, having been charged under stringent provisions of the penal code including robbery and dacoity (Dhara 397); possessing stolen property (Dhara 411); and under section 3A (1) of the Official Secrets Act, and sent to jail till May 20.

Rozina Islam has become a well-respected name in Bangladesh for the penetration and depth of her coverage and many of her exposes have been acted upon by the government. It is, therefore, unclear what prompted this sudden high-handed behaviour against a working journalist, unless some of her recent reportage raised very uncomfortable questions of the authorities in charge. The suggestion that she walked into offices and photographed and “stole” sensitive material is somewhat farfetched.

There has been an outpouring of support for Rozina Islam, not just in Bangladesh, but across the region and the global community, with organisations like the CPJ (Committee to Protect Journalists), Amnesty International and a host of media organisations including South Asian Women in Media, condemning the treatment meted out to a journalist for doing her job.

There has been a growing tendency across the region to shoot (literally and figuratively) the messenger, in most cases a member of the media, who unearths and exposes facts and realities and raises issues which the executive finds uncomfortable. The fragility of the administration’s ego and its discomfort with aspects of reality it perceives to be unfavourable appears enhanced and even commensurate with the size of the regime’s parliamentary majority.

In Bangladesh, for example, the Awami League government headed by Sheikh Hasina, has over 300 members, an overwhelming majority in the 350-member Jatiya Sansad or parliament. As Sheikh Hasina, now in her third consecutive term as prime minister, celebrates the 50th anniversary of the emergence of Bangladesh as an independent country, it is unclear why there is increased intolerance to voices critical of her administration. The media is a vital, integral pillar that strengthens the democratic foundations of a nation. The very birth of Bangladesh was based on the democratic, freedom-loving aspirations of its citizens who overcame huge odds to gain independence. Those aspirations were kept alive and broadcast to the world through the media.

It is a matter of concern that democratically-elected governments, not just in Bangladesh but across the region, including neighbouring India, where the ruling Bharatiya Janata Party also has a very large parliamentary majority, display a level of intolerance to critical reportage and to lacunae in their administration when it is highlighted in the media. The larger the elected government’s legislative numbers, the more keen they appear to place controls on the functioning of the media and to put in place a flow of information that is only favourable to the regime. The media is expected to passively accept whatever is disseminated through press conferences and media handouts.

Even reportage of unfavourable events are seen as threatening to the state, instead of being an opportunity to rectify the problem. Examples abound across India where, in Manipur, Kishorechandra Wangkhem, a journalist, has been detained for commenting on the non-efficacy of cow urine and cow dung in the treatment of the Covid-19. In Uttar Pradesh, journalists who reported on oxygen shortages endangering people’s lives or of shrouded bodies washing up along the shores of the River Ganga have been threatened with dire consequences. When an administration clamps down on individuals like Rozina Islam, it only serves to increase the veracity and acceptability of the journalist’s reportage while highlighting the administration’s intolerance to critical commentary.

The CPJ and other organisations globally have commented on and documented the shrinking space for the free media in countries of South Asia. For countries that seek to capitalise on their democracy dividends, like Bangladesh and India, it is unfortunate that arrests of and threats to journalists, merely for doing their jobs well, are becoming almost commonplace.

(The writer is a senior Delhi-based journalist who has worked with leading print media organisations, and she is a senior fellow of WISCOMP (Women in Security, Conflict Management and Peace). She can be contacted at [email protected] )

‘India is welcome to join China-South Asia grouping’
Diplomacy not military contacts key to resolve LAC face off: Gen Hooda
Journalists Protection Bill silent about freelance journalists
Biden, India and comfort in the old normal
Testing Positive for COVID-19 Exposed Us to the ‘Delhi Disease’
Violence at Delhi’s Red Fort: Here’s What Happened Before & After

Afghanistan: Graveyard of empires, ready for a new life 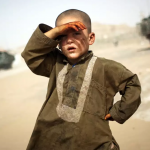 This story first appeared in The Times of India Despite whatever they may have said to American negotiators during the Doha talks, there is little […] 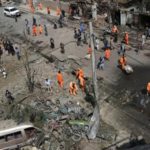 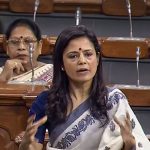