Her phrase has been caught in a video that has since gone viral and not only represents a complete lack of respect against journalists working against heavy odds, it displays a mindset that is dismissive of those she considers not her equal.

SAWM would like to remind the Honourable MP that both Constitutional and democratic values enjoin her to be civil with even those she disagrees with or those who disagree with her. Indeed, as a people’s representative, Ms Moitra also represents those people she has described so callously.

SAWM values its Constitutional right to be critical of India’s elected representatives and condemns all those trying to browbeat the media. Us “two-paise journalists” will continue to raise questions to those in positions of power and scrutinise their actions.

“Fighting Covid-19 requires empathy and cooperation”-South Asia Peace Action Network
Women of the Year: Many were XXed out, but some still gave cause for applause
Tough talk
Why did the government really initiate J&K talks?
Violence at Delhi’s Red Fort: Here’s What Happened Before & After
Yes, Hathras Rape Case is My Issue. No, I’m Not a Dalit Woman 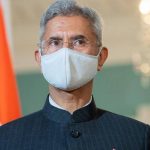