Quad: The new toolkit: For India this could be another Y2K moment – which put it on the path of being a tech power

“The four leaders did discuss the challenge posed by China, and they made clear that none of them have any illusions about China. But today was not fundamentally about China.” Jake Sullivan’s succinct remarks after the first-ever Quad summit on Friday showed clearly what the Quad is and what it could become.

There’s no doubt a resurgent, aggressive and hegemonistic China is the wind beneath the Quad’s wings. From deadly clashes in eastern Ladakh to rampaging through the South and East China Seas; coercive trade practices, tech theft and cyberattacks; threatening Taiwan and annexing Hong Kong’s politics; unleashing a fishing militia and a trigger-happy coastguard; banning pineapples and wine imports; and that coronavirus from Wuhan felling the rest of the world … we’re confronting a global power like no other.

The Quad’s the thin end of the wedge in what promises to become an expanding “toolkit” of a massive counterbalancing exercise. The “coming of age” party for the Quad now makes it a “force for global good” and a “pillar of stability” as PM Modi put it pithily. A joint oped by the four leaders declared, in what you could call a socially distanced ‘high-five’: “The Quad is a flexible group of like-minded partners dedicated to advancing a common vision and to ensuring peace and prosperity.”

Hosting the summit allowed the US to reclaim global leadership, a key element of President Biden’s poll plank. It fixed the US strategic priority of going up against China with allies who had clear skin in the game. The US regained some lost moral equity – by piggybacking on India’s vaccine manufacturing capability to make for the world. US tech leadership will need countries like India and Japan on the same side. US climate leadership can go nowhere without India on board.

The rejuvenated Quad gives Australia and Japan much needed support to stiffen their spine against relentless Chinese coercion. Reeling under recurring Chinese import bans on its barley, coal, wine, there were times when Australia wondered whether it was fighting a lonely battle.

This week, the Japanese envoy to Australia, Shingo Yamagami, said, Australia’s “not walking alone”. “Each and every day Japan is struggling because of … China, and the rise of China, the dramatic increase of defence spending … I do marvel at the consistent, persistent, steadfast, resilient response shown by people [in Australia].” Japan has been struggling against China’s coastguard law, import dependence and isn’t doing very well against Covid either. All four countries have felt Chinese aggression to the bone, India’s the only one to have shed blood.

For India, the Quad could be another Y2K moment – 20 years ago a calendar glitch started India off on its journey to becoming a tech and knowledge power. The pandemic and the Quad have given India another moment. Biological E (which, by the way, is a woman-run company, something the government didn’t bother to highlight) could be just the first of many more vaccine giants India can build.

Covid-19 has taught us that the next pandemic isn’t far away. India can put itself ahead of the game by being able to develop vaccines and therapeutics rather than only manufacture them. Adar Poonawalla is right, allow the pharma sector to grow. Modi wants India to be “pharmacy to the world”. Make it happen. China’s doing the slimy thing of raising API prices, but honestly, that pain should go away in a few years.

On climate change, India has positioned itself as proactive, after spending years being the “No” nation. Last week John Kerry, Biden’s climate czar, said, “India has a plan to produce about 450GW of renewable power by 2030, it’s a very ambitious goal. … I’ve put together a small consortium of a number of countries that are prepared to help India with some of the finance and transition.” If this works, and we’ll know by COP-26, that could be another growth engine. India today is probably the only big power that can meet its climate goals.

The most important expert group the summit threw up is on technology – going directly to Biden’s aim of creating techno-alliances. That should resonate in India – from 5G to AI to semiconductors and critical materials, these are the discussions and building blocks of the future. This isn’t the time to get nationalistic about tech, it’s the time to put in stakes and build.

This brings me to the absence of mention of security and defence in the Quad statement. There’s been growing “interoperability” between members. India and the US have signed four agreements, the others are Cold War treaty allies. This cooperation is unlikely to be put down on paper. Two things need to happen though – India and the US have to overcome the CAATSA barrier, and India and Japan should be invited as observers to the Five Eyes.

The Quad needn’t grow. But there could be Quad-Plus arrangements – we’ve seen two, one with Vietnam, New Zealand and South Korea, and the other with South Korea, Brazil and Israel. Defence and security Plus groups could have France and Indonesia, one on semiconductors would need Taiwan, Korea and the Netherlands, and so on. The UK will have to do more than send a carrier strike group on a cruise to warrant a place. These would be flexible, coming together for specific purposes. They may not include China.

The Quad joint statement is the first that came with a title. But reading beyond the text, it’s clear the scope will go beyond. If the four countries stay on course and don’t break up the party. For India, the opportunities are considerable. The problems will be much bigger too.

‘No two countries share this sort of a relationship’
Clear messaging and early health system key to New Zealand’s COVID success: Indian envoy
Kashmir: A volcano waiting to explode
#JournalismIsNotACrime
For India, climate change not a burden, but an opportunity
It would be nice if India expressed support strongly: Israeli diplomat

Seven rhymes with heaven: So why did this 7th year turn out so hellish? 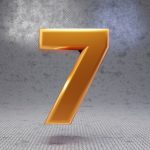 This story first appeared in Times of India Blog ‘Why aren’t there 10 numbers from 1 to 10?  Because seven ate nine.’ Something akin to this […]