Pak. has not severed its relationship with terror group, says Ashraf Ghani

Pakistan has not severed its relationship with terror groups, said Afghanistan’s President Ashraf Ghani in a pointed charge at the neighbouring country as Pakistan’s Prime Minister Imran Khan sat a few feet away on stage at the Central and South Asia connectivity conference held here on Friday.

External Affairs Minister S. Jaishankar, who also attended the conference, referred to the problems with transit trade in his speech alluding to Pakistan. He said economic development and prosperity go “hand in hand” with peace and security.

In a hard-hitting speech, Mr. Ghani said more than 10,000 ‘jihadi’ fighters have entered Afghanistan in the last month, according to intelligence reports, while the Pakistan government had failed to convince the Taliban to participate “seriously” in the peace talks.

“Contrary to repeated assurances by Prime Minister Khan and his Generals that Pakistan does not find a Taliban takeover in Afghanistan in Pakistan’s interest and short of use of force will use its power and influence to make the Taliban negotiate seriously, networks and organizations supporting the Taliban are openly celebrating the destruction of the assets and capabilities of the Afghan people and State,” Mr. Ghani said at the inaugural ceremony of the conference, as he listed the challenges and threats to regional connectivity.

Responding to the charges a few minutes later, Mr. Khan said he was “disappointed” by the allegation that Pakistan had a “negative role” in the conflict.

“President Ghani, the country that is going to be most affected by turmoil in Afghanistan is Pakistan. Pakistan suffered 70,000 casualties in the last 15 years. The last thing Pakistan wants is more conflict,” Mr. Khan said, addressing the Afghan President directly. “I can assure you that no country has tried harder to get Taliban on the dialogue table than Pakistan. We have taken all action short of taking military action, and every effort to bring them to the dialogue table and have a peaceful settlement there, and to blame Pakistan for what is going on in Afghanistan is extremely unfair,” he added.

Mr. Ghani and Mr. Khan spoke as another spat broke out between Kabul and Islamabad over allegations by Afghanistan Vice-President Amrullah Saleh that the Pakistan military had threatened missile launches against the Afghan Air Force if it targeted Taliban militia that has claimed border checkposts at Spin Boldak. In a statement, Pakistan’s Foreign Ministry denied the claim. It said Pakistan acknowledged Afghanistan’s sovereignty.

Mr. Khan said that apart from the violence in Afghanistan, “outstanding disputes” like Kashmir between regional players like India and Pakistan was the other big challenge to regional connectivity, and in comments to the media later even blamed the Rashtriya Swayamsewak Sangh (RSS) for creating hurdles to India-Pakistan dialogue, responding to a question from news agency ANI.

In his speech at the plenary session, which was attended by the foreign ministers of Russia and China and senior officials from about 40 countries, including the U.S., the U.K., EU and Iran, Mr. Jaishankar didn’t refer directly to Pakistan or to China as he stressed the need for resilient supply chains in the post COVID-19 situation, as well as the problems of “one-way” trade.

“Blocking connectivity in practice while professing support in principle benefits no one. A one-sided view of trade rights and obligations can never work. No serious connectivity can ever be a one-way street,” Mr. Jaishankar said in a reference to Pakistan’s refusal to allow Indian trade to Afghanistan over the land route through the Wagah border.

Mr. Jaishankar also spoke of India’s efforts for a land route to Iran’s Chabahar port, which India is now promoting as a “secure, viable and unhindered” alternate access to the sea.

Uzbekistan and India announced the formation of the India-Uzbekistan-Iran-Afghanistan Quadrilateral working group to work on Chabahar during the conference. However, Uzbekistan’s President Shavkat Mirziyoyev announced that the Termez-Mazar-i-Sharif-Peshawar railroad would be a “key element of the entire architecture of connectivity”, which India would be cut out unless Pakistan reopens the land route for transit trade.

Making an oblique reference to China’s Belt and Road Initiative, Mr. Jaishankar said that building connectivity must conform to international law. “Respecting sovereignty and territorial integrity are the most basic principles of international relations,” he added, referring to the China Pakistan Economic Corridor (CPEC) that runs through land India claims in Pakistan occupied Kashmir (PoK). 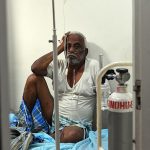 This story first appeared in The Week When the tsunami hit India in 2004, the world offered to send relief material. India, however, politely refused […] 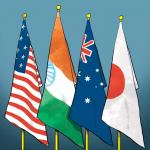