Meet Badlu Khan, a Symbol of the Syncretic India the Hindu Right Wants to Erase

The doorbell rings at 11 am, right on schedule. Delhi is still coming to terms with brutal communal violence that has left 53 people dead at last count, but Badlu Khan Nizami arrives for his weekly music class, determined not to allow the horrors of the previous week intimidate him in any way.

His metro journey traverses Rajiv Chowk in Central Delhi, where a group of men in white shirts and saffron bands marched through the station shouting ‘Desh ke gaddaron ko, goli maaro saalon ko (Shoot the traitors)’ the weekend after the riots. This is the slogan – used by several BJP leaders in the wake of protests against the Citizenship (Amendment) Act – that many believe provoked the worst communal violence India’s capital has seen since the Sikh massacre of 1984.

Born in Uttar Pradesh’s Mathura district in 1954, Badlu Khan moved to Delhi before his 10th birthday when his father, tabla player Ghulam Abbas, joined the capital’s Hindustani classical music scene. From a family of musicians (his grandfather Mohammed Khan played the soulful sarangi), originally from the Atrauli gharana, Badlu Khan’s own musical career has been intrinsically associated with the folk traditions of Benares. “Mai Brijwaasi hoon (I’m from Braj),” he says proudly, as he pulls out the harmonium and hits the notes to begin a Krishna bhajan for the class.

Badlu Khan has spent a lifetime accompanying Hindustani vocalists on concert tours in India and abroad, but his bread and butter earnings came as an accompanist for the late Savita Devi’s music academy, as she taught students the music of the Benares gharana. Considered a part of the ‘light’ classical tradition, the ‘purab ang’ consists of thumri, dadra, bhajans and a variety of folk songs dedicated to different seasons and festivals. A central theme through their often playful lyrics is devotion to Lord Krishna.

As a Muslim, Badlu Khan never thought twice about this. His ease with bhajans and horis that Savita Devi sang, the familiarity with the Guru Vandana with which she opened her classes, his annual participation in the students puja on Guru Purnima are all testimony to a composite syncretic culture that has allowed art to transcend barriers of faith and identity for centuries. And yet, it is this very culture that communal politics seeks to destroy. Its power to bridge differences and open conversations are a threat to the aggressively majoritarian, Hindutva politics of today that equates religion with national identity, culture with politics and politicians with country.

For many among Delhi’s Muslim population, the days that have followed the riots of North East Delhi have been ripe with tension, rumour and fear. Badlu Khan’s daughter lives in Sundar Nagri, near North East Delhi’s Dilshad Garden. The minute news of violence broke on February 24, he summoned her, along with her family, to his home near the New Delhi Railway station where they stayed for over a week.

While her neighbourhood remained unaffected by the brutal communal riots, he refused to take any chances. Overwhelmed with emotion, he breaks down as he recounts several phone calls from worried students calling to inquire whether his daughter was safe. “I have seen tension. I have seen Delhi go through the 1971 war, when Bangladesh was freed, seen the 1984 riots against the Sikhs, but I have never seen the kind of hate and jealousy against Muslims that I see around me today. It has become difficult to talk to people, to travel in buses and trains. Aadmi sehma rehta hai (People are afraid),” Khan says.

His fear and disbelief at the rise in hate is echoed, albeit in hushed tones, by many of North East Delhi’s Hindu families too. A local Residents’ Welfare Association member who rides his two-wheeler up to two of us walking inside the charred lanes of Shiv Vihar weeps silent tears in front of strangers. He recounts the horrors he witnessed, and speaks of how he ferried several of his Muslim neighbours to safety on February 24 and 25.

A Hindu Gujjar himself, he says he never thought he would see such hatred and brutality in a neighbourhood he has lived in for 35 years. “I can tell you the names of some of these boys, I have seen them grow up. I pleaded with them not to do this but they didn’t listen.” Today, he is unwilling to let me take a photograph or quote his name, because he feels his own life is now in danger, simply for an act of humanity.

For many who have followed the deteriorating, hate-filled political discourse of the last six years, these riots come as little surprise. A bombastic win in the May 2019 general elections has emboldened the BJP’s worst hate mongers, even those in prominent leadership positions, to constantly vilify all Muslims as ‘illegal’ immigrants, anti-nationals, even terrorists. They have been aided by a wilfully supine media that provides a nightly stage for hate-filled rhetoric, and by insincere and late statements of condemnation from the political leadership that seek to equate anti-Muslim violence as simple law and order problems.

The run up to the Delhi assembly elections, in the wake of the anti-CAA/NRC protests, weaponised the Indian Muslim’s concerns of disenfranchisement and statelessness to further deepen the divide.

From all accounts, some of the worst violence took place in mixed neighbourhoods, where Hindus and Muslims lived together in relative peace for decades. A cursory glance through Shiv Vihar makes it amply clear that Muslim homes and businesses were targeted specifically.

Salma, who carved out a small corner for herself on the rows of mattresses in a garage that became a makeshift shelter in Chaman Park, asks helplessly, “Why did they go after us in this manner? We celebrate festivals, weddings, occasions together, we mourn together, we lived not only as neighbours, but as families. Look at what they have done to me today.” She was preparing lunch when she heard loud noises from the street. “There must have been at least 200 men with sticks, lathis, pistols, swords. They attacked anyone they found, anyone who tried to save their homes or belongings. I saw them shoot with my own eyes.”

She likens the scenes to what she saw in the Bollywood film Gadar, set during the partition of 1947. “I had only heard that Hindus and Muslims killed each other brutally during the ‘batwara’. Today I saw them murder us, make us homeless.”

Homelessness and marginalisation are steps towards the disenfranchisement that Indian Muslims fear the country’s political leadership under Narendra Modi is aiming for. Their homes destroyed, their businesses burnt, the predominantly Muslim victims of Delhi’s riots are trying to pick up pieces of their shattered lives, and keep bigotry at bay all at once – a seemingly uphill task.

As Badlu Khan says, “Aaj jahan dekho sirf yeh – kaun Hindu hai, kaun Muslim. Itna zahar ghola jaa raha hai (Wherever you look now, everything is about who is Hindu and who is Muslim. So much poison is being spread). ” A 63 year old who has devoted his life to music and epitomises the very ‘unity in diversity’ that India has proudly showcased to the world, is now reduced simply to his religious identity – a Muslim man trying to live safely in the national capital.

TwitterFacebook
Maya Mirchandani is Assistant Professor of Broadcast Journalism and Media Studies at Ashoka University and Senior Fellow at the Observer Research Foundation. For over two decades, she was a practicing journalist with NDTV, reporting on Indian foreign policy, conflict and national politics. She continues to be an active journalist and media commentator with regular columns and a weekly video blog called Wide Angle with Maya Mirchandani for TheWire.in. She has won the prestigious Ramnath Goenka Award for Excellence in Journalism twice, the Red Ink Award for reporting on human rights as well as the Exchange for Media Broadcast Journalism Award for best international affairs reporting. 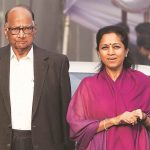 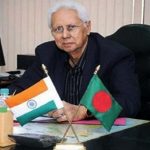