The desperate scenes in Afghanistan have dredged up memories of the two Kabuliwallas of my childhood. The one perched atop a serrated mountain of dry fruit in Calcutta’s New Market, who always handed me a little batua of nuts after my mother had ended her bargaining. The other was a gentle giant in baggy shalwar and gold-flecked turban who would chat with us as we waited for the school bus; a more worldly cousin hissed that he was ‘a moneylender whom no one dares mess with’.

Even further away from today’s blood-chilling horrors was Tagore’s bitter-sweet 1892 short story, brought to a wider audience by Chhabi Biswas and then Balraj Sahni essaying the title role. There was also a much-later Malayalam version of this complex portrayal of filial love. In serially savaged Afghanistan, bonds filial or fraternal stand as exposed as a shrapnel wound. They are conspicuous by their absence in Taliban’s unstoppable Juggernaut. But their presence is on display in the human spirit which always transfigures terrible times.

Which brings me to Farida Nekzad, the Kabulwalli I met in Lahore – carrying her doll of a daughter, Muskaan. It was a conference in 2008 to give final shape to South Asian Women in Media (SAWM). This doughty group highlights repression in all the countries of our savaged region. The Afghan contingent is the latest recipient of our support and advocacy. Words are all we have. Don’t diss them, for words are swords.

In arenas where brutish power has unleashed the howling ‘dogs of war’, journalists must risk their lives. As managing editor of Afghanistan’s main independent news agency, death threats have been a way of life for Farida Nekzad. During the funeral of her murdered colleague, Zakia Zaki, in  2007, her cell phone buzzed with calls warnings of  a similar fate ‘so gruesome, no one will be able to recognise you’.

After her agency’s story on a notorious warlord, she narrowly escaped a kidnap bid by  jumping  out of  a speeding taxi. Recognising her and warning her not to write such stuff, the driver had rammed the accelerator and swerved off in a different direction. She began changing her schedule daily and sleeping in a different room each night.

Farida’s courage has been feted by global awards. Whether or not they keep her any safer, she and Afghanistan’s other intrepid mediawomen soldier on. The Taliban this time is actually granting them an interview or two. It may be tokenism to win international legitimacy. But remember, in its previous control, the ultra-Islamists  had rendered the whole gender faceless, literally and figuratively.

Today a sleep-deprived Farida whatsapps that she must keep advising, handholding other women journalists; keep them secure – or help them leave the country if that’s their unchosen choice. Hope young Muskaan can hang on to her smile.

Alec Smart said: “Neeraj’s fave choorma is same-to-same as politics. Butter up with ghee, and crush those who disagree.” 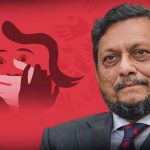 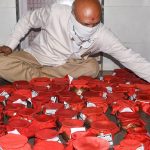 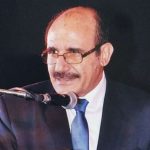 Indian diplomacy will have to handle the fallout of the vaccine collapse and bio-research regulations COVID diplomacy 2.0, a diﬀerent order of […]