Why is Prime Minister Narendra Modi so obsessed with Pakistan? In the last 48 hours, he has twice shown the extent to which the Islamic republic remains front and centre of his mind.

First, on New Year’s day, Modi called the leaders of every country in the neighbourhood to wish them a happy 2020 – except Pakistan. One day later at a rally in Tumakuru, Karnataka, with ash smeared on his forehead, layers of sacred tulsi beads around his neck and a saffron shawl on his shoulders, Modi scolded the Congress for “not speaking against Pakistan” where religious minorities are being persecuted.

Certainly, Pakistan has been a running theme of Modi’s last five-and-a-half-years in power. Every other prime minister has also spent many sleepless nights over Pakistan’s deviant behaviour over the decades, fighting full-blooded wars and defending India against cross-border terrorism. But Modi has been exceptional in his single-minded focus in trying to isolate a country with nearly 20 crore people and nuclear weapons to boot.

The dedication to this pursuit has persuaded people at home as well as the international community to agree with Modi’s mantra: Talks and terrorism cannot go hand in hand.

Last year, when Modi ordered the Indian Air Force to strike deep inside Pakistan in Balakot in retaliation against the Pulwama attacks, the country applauded. The international community came down hard on Pakistan seeking to escalate the situation.

But in the year since Balakot, something else has happened. Modi has completed his circle of obsession with Pakistan by making the direct link between the Islamic republic as India’s external enemy and Muslims as second-class citizens inside India.

No other prime minister, including BJP’s Atal Bihari Vajpayee, had ever expanded India’s antagonism to the people of Pakistan. But Modi has ensured that the Citizenship Amendment Act (CAA) only applies to non-Muslim minorities in Afghanistan, Pakistan, and Bangladesh, not to minorities in other parts of South Asia – Maldives, Sri Lanka, or Bhutan.

As for persecuted Muslims in Afghanistan, Pakistan, and Bangladesh who seek asylum in India, their applications will take double the time and more paperwork.

Certainly, Modi’s preoccupation with Pakistan is embarrassing. India’s vibrant democracy, its ability to turn authoritarianism on its head and its dedication to the ideals of the republic mean that few people want to pay much attention to what has been a failing state for some time.

But the PM’s enthusiasm is manifesting in a variety of ways. Last week in Meerut (Uttar Pradesh), superintendent of police Akhilesh Singh admitted that he told those protesting the Citizenship Act to “go to Pakistan” because he was angry over their alleged pro-Pakistan statements.

And IIT-Kanpur has now constituted a panel to see if the revolutionary poem Hum Dekhenge by noted Pakistani poet Faiz Ahmed Faiz is “anti-Hindu” or not.

Modi’s end-goal is not clear, either. Tumakuru, for example, hardly cares if Pakistan persecutes its minorities or not. Moreover, there is a glaring contradiction between Modi meeting the Chinese in informal summit after summit and in the same breath refusing to dialogue with China’s pet state, Pakistan.

It’s not as if the world is tripping over itself to isolate Pakistan. Abu Dhabi’s crown prince Mohammed bin Zayed has just completed a day-long visit to Islamabad where he offered Pakistan a $200-million bailout – even if the real reason for MBZ’s trip to the capital was to, allegedly, round up his houbara bustard hunt in southern Pakistan.

Meanwhile, the Financial Action Task Force (FATF) is unlikely to change its Pakistan listing from ‘grey’ to ‘black’ at its meeting next month because China and Turkey won’t agree.

As for the Trump administration, it resumed its military training programme for Pakistan less than a fortnight ago. The programme had been cancelled in August 2018 because Russia had invited Pakistan to train a contingent of its troops.

The Modi government must see the writing on the wall regarding Pakistan. It cannot allow both domestic and foreign policy to be underwritten by anger, rather than cold-blooded pragmatism.

As India’s economy continues to spiral downwards, the world will take Modi less and less seriously if he pours the kind of negative energy into a country that is streets behind, instead of taking strong action to pull India out of the doldrums.

In this season of poetry and politics, Pakistani poet Fahmida Riaz’s poem Tum bilkul hum jaise nikle (‘You are just like us’) is increasingly invoked as a taunt by Pakistanis for Indians who rightfully believed they had escaped their fractured past.

But as Modi looks at the mirror, some of that trauma seems to have returned. The re-hyphenation between semi-dictatorship and democracy is back.

Twitter
Jyoti Malhotra is Editor, National & Strategic Affairs of The Print website in Delhi. She has been a journalist for 35 years and has worked for India's major news media, including the Indian Express, the Times of India and Star News. She has reported in both Hindi and English and consulted for several foreign media. She lives in New Delhi. contact email : jomalhotra@gmail.com

Meet Badlu Khan, a Symbol of the Syncretic India the Hindu Right Wants to Erase
Everyone’s a health reporter now: Covering COVID-19 on other beats
EG, PCI and IWPC concerned over violence
The ambit and the limits of ‘diaspora diplomacy’
Chronicle of an arrest foretold
Political manipulations in Kashmir – Part II begins 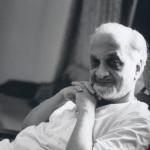 Nishtha Gautam, journalist and SAWM member writes about how in today's time the exceptional play-write Vijay Tendulkar would have written.... 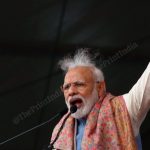 The New year has just begun. But Prime Minister of India Narendra Modi has started to blame Pakistan for almost...