This story first appeared in Voicepk.net

PFUJ and Freedom Network Pakistan welcomed tabling of the much-awaited the Protection of Journalists and Media Professionals Bill in the National Assembly but said the legislation should also define freelance journalists as well as further empower the journalists’ protection commission.

Speaking on the floor of the National Assembly, Dr Nafeesa Shah, MNA from Pakistan Peoples Party, said she had also moved a bill as private member for the protection of journalists. Shah said her party believed in expression for freedom, adding that she is withdraw her private member bill as not to make this bill controversial.

In a statement, the PFUJ welcomed the bill but urged the government to grant more powers to the commission that would hear the complaints of media persons. PFUJ President Shahzada Zulfiqar and Secretary General Nasir Zaidi said that apart from certain reservations and recommendations, the draft of the bill is much better than the ones prepared in the last 15 years.

“This is a result of our continuous struggle for such a law for journalists’ protection and freedom of the press” the PFUJ leadership said. However, there are certain clauses of the bill that need to be improved or amended, the two leaders said, adding that the commission is not fully empowered.

Bill should include definition of freelance journalists

“For instance freelance journalist may also be defined apart from inclusion of members of the PBC, HRCP, NCHR and other stakeholders should also be included in the commission besides the commission should be empowered to summon government officials. In addition to that the definition of journalist or media person should be clarified and broadened,” the PFUJ said.

“We believe that these terms and conditions should be changed because if the chairman is appointed in this way then he will be subservient to the government and his impartiality would be questionable,” the PFUJ leadership pointed out. In addition to that more stakeholders should be inducted into the commission so that it would emerge as a balanced entity, the PFUJ said.

Despite these all shortcomings, the preparation of a bill is a positive step in right direction, the leaders of journalist fraternity said. The PFUJ hoped that their points and suggestions would be incorporated in the final draft of the bill. The two leaders requested the government to summon the other stakeholders before the committee of the Parliament so that these proposals could be discussed and incorporated in the draft. They urged both treasury and opposition parties to fully support recommendations made by PFUJ before it is tabled in both the houses of the parliament with the strong support for its adoption by the National Assembly and the Senate.

In a separate statement, the Freedom Network Pakistan welcomed the government’s move to table the bill in parliament. “The bill should have been tabled years back which could have saved many lives of journalists,” Iqbal Khattak, Executive Director of the Freedom Network. Pakistan, told Voicepk.net. However, khattak said the bill certainly needs improvement as this draft law is silent about freelance journalists. “The bill also missing office of public prosecutor which is cornerstone in father UN Plan of Action,” he said.

Khattak said the bill is also silent about post-threat situation to journalists. “Who will provide protection to a journalist if threat is very serious and he or she needs immediate relocation as Freedom Network does under Pakistan Journalists Safety Fund,” he said. The Freedom Network also said the composition of the Commission for Protection of Journalists and Media Professionals under the bill should have broadened to civil society representation.

Bill for protection of journalists tabled in Sindh Assembly

In a related development, Sindh Minister for Information Syed Nasir Hussain Shah presented the Sindh Protection of Journalists and Other Media Practitioners Bill 2021 in the provincial assembly on May 21. The bill was referred to the Standing Committee on Law, which will scrutinise the proposed legislation and present its report to the assembly in three days. The bill been prepared by the information department in consultation with the PFUJ and the Karachi Union of Journalists (KUJ) and senior journalists and media experts.

The PFUJ and KUJ welcomed the tabling of the bill for protection of journalists in the province.

The PFUJ said the bill was a result of Sindh government’s efforts and the struggle of the PFUJ and Karachi Union of Journalist. They hoped that the bill would be passed soon and it would ensure the protection of media workers and their rights. The PFUJ leaders appealed to other provincial governments to come up with their own bill as well for the protection of journalists and media persons.

In a statement, KUJ President Nizamuddin Siddiqui and General Secretary Fahim Siddiqui asked the members of the Sindh Assembly to pass the bill so that it could become law immediately. “Today is a historic day in that the Journalist Protection Bill was first introduced in the National Assembly and is now being tabled in the Sindh Assembly,” the KUJ said.

Afghan TV journalist dies from bomb blast injuries in Kabul
‘China expects us to behave the way China would!’
Why MJ Akbar Vs Priya Ramani sexual harassment verdict is a milestone in India
Myanmar in the balance: West must beware sledgehammer sanctions, which will snuff out the democratic spirits
Tremors at the Palace Gates
India-Pak Relations: What the Kafkaesque Case of a Repatriated Cattle-Herder Tells Us 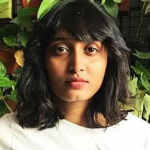