Q/ How did the current conflict begin?

A/ Hamas has been angered by a number of things recently. Four Muslim nations have normalised relations with us, they fear Palestine may follow suit and they do not want this. There is anger over the sudden cancellation of elections in Palestine. For several weeks, they were inciting and instigating violence between Israelis and exploiting the court case between tenants and landlord at Sheikh Jarrah, giving it a communal twist.

The goal of Hamas is to remove Israel from the face of the earth. Last week, there was a confluence of important dates: it was the last Friday of Ramadan, followed on Monday by Jerusalem Day. Hamas exploited it well, getting stones and incendiary material into the temple mount. As you know, just below this is the Western Wall where Jews worship and it is easy to target them. Israeli police would not allow that and when they stopped it, Hamas made it seem as if Israel was invading the holy mosque.

On May 11 night, Hamas fired six rockets into Jerusalem. Is it not a holy city for them, too? What if one of the rockets had hit Al Aqsa or any of the several mosques in the city? We are now having daily rocket hits. Rockets do not distinguish between people; they have killed Israeli Muslims, an 87-year-old lady, a five-year-old boy and an Indian worker.

Q/ Your rockets are doing the same. Killing innocents.

A/ There is a difference. Hamas is shooting rockets indiscriminately at civilian centres. We are pinpointing and precision-hitting places which we know have Hamas infrastructure. Unfortunately, Hamas uses civilians as human shields; they shoot from population centres, so that when we hit back, we will be hitting civilians. We warn them (civilians) by firing a low ammunition shot on the roof first, giving them time to get out. We even call people up and say we will hit a building where they are, so please leave. Hamas does not allow them to leave; they want these pictures of people hit, suffering. We are doing our best not to hit civilians; they are doing their best to hit civilians.

Q/ We are hearing reports of Israel planning to send ground troops into Gaza Strip.

A/ There was a report about ground troops planning to go, but it was a mistaken translation. At this point, I do not know if and when ground troops will go in.

Q/ So there is a possibility?

A/ Everything is possible—within international law—until Hamas stops its rocket fire. When a civilian population is under attack, we can respond with appropriate measure.

Q/ According to Palestine, you have violated every law.

A/ They are wrong. They are the ones who have committed over 2,500 war crimes in the past days—every rocket fired from a civilian population into a civilian area is a war crime.

Q/ You said everything is possible—even talks?

Q/ Israel had just begun establishing diplomatic ties with some Muslim neighbours. Will this conflict not be a setback to the process?

A/ I hope not. I hope the countries we make peace with recognise Hamas is a terrorist organisation which is working against the interests of the Palestinian people, against their interest, too. I think they will recognise it is in everyone’s best interest to be at peace.

Q/ What do you feel about the international response, especially India’s?

A/ We have received heartwarming support from Indians on social media and the Indian government understands what is happening with us and why we are doing what we are doing. From the international community, we are getting wholehearted statements of support. The Austrian chancellor actually raised the Israeli flag above his offices, which is a wonderful expression of support. There is understanding of what we are doing and that we are faced with no choice.

Q/ What about India’s response?

A/ It would be nice to see stronger expressions of support.

Another foolkit: Not just a Whodunnit, it’s also a Whydunnit
On Chabahar, India Must Recover Lost Ground With Iran Quickly
The Pandemic has redefined everything: Greater Kashmir
In Rahul Gandhi, Jaishankar picks an easy target. Modi govt’s real task is to push China back
‘What Then Must We Do?’ In the Start-up World of Bihar, Back to the Roots, But Grasping at Straws
Indian delegation met Taliban in Doha, says Qatari official This story first appeared in South Asia Monitor The government’s vaccination outreach to remote border areas, in Kashmir and the Northeast, and the […] 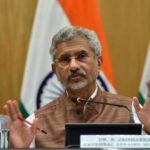