Iran to promote Chabahar as curbs will hit main port

With U.S. sanctions threatening Iran’s main port of Bandar Abbas, the Iranian government is planning to promote the Chabahar port being developed by India in a major conference on February 26, highlighting the potential of the Indian Ocean port beyond India-Afghan trade alone.

India is sending an official delegation to the event led by the Shipping Ministry, where about 200 guests from 35 countries have been invited, officials said.

The event will also bring into focus a tightrope India must walk, with the U.S. tensions with Iran on one side, in order to achieve the triple aims of trade with Afghanistan, bypassing Pakistan and posing a counter to the China-Pakistan developed Gwadar port nearby.

“The government of Iran wants to build Chabahar as the focal point with the entire coastline of 1,000 kilometres to be developed for oil refineries, petrochemical and steel factories, and other projects,” the newly appointed Iranian Ambassador to India Ali Chegeni told The Hindu in an exclusive interview. “We want to promote Chabahar as a hub where big ships can enter, offload to smaller ships that can go easily to other ports as well.”

The potential for inland trade, according to Mr. Chegeni, goes well beyond the present plan of trade from India-Afghanistan via Chabahar, as he revealed the government’s plans to connect ‘via Turkmenistan to Central Asia, via Turkey to Europe, and via Iraq to Syria and the Mediterranean’ countries. “Once the railroad from Chabahar connects to Zahedan, many more opportunities will open up,” he said.

India has committed to building the 500-kilometre $1.6 billion railway from Chabahar to Zahedan, which are both in the Sistan-Baluchistan province, and an MoU worth $2 billion was signed by the Railway Ministry last February during Iran President Hassan Rouhani’s visit to India.

In addition, Iran is planning a second airport near Chabahar and the development of a free trade zone, while energy infrastructure of a gas pipeline has been already built up to 200 km of Chabahar.

Asked about the impact of sanctions, re-imposed in November 2018, Mr. Chegeni pointed out that the advantage of Chabahar was that it had received a waiver from the U.S.

“Firstly, there is a U.S. waiver for Chabahar, and it is not time-bound. In any case, we don’t care about sanctions from third parties. This is our country and our business, and we continue to do our best to develop it,” Mr. Chegeni said. “That is why Chabahar won’t be affected by these sanctions. There is now a real interest from Central Asia, countries like Kazakhstan, Uzbekistan, and Kyrgyzstan are all contacting us despite all the restrictions, and India is continuing to develop [Chabahar port],” he added.

MEA officials dealing with the Chabahar project are advising some caution in the plans, given that the U.S. waiver for Chabahar was given by the Trump administration to facilitate trade to Afghanistan.

“This exception relates to reconstruction assistance and economic development for Afghanistan. These activities are vital for the ongoing support of Afghanistan’s growth and humanitarian relief,” the State Department spokesman had said, announcing the waiver on November 7 last year.

As a result, India is hoping that the February 26 event does not turn into a confrontation between the U.S. and Iran, said a senior official of the MEA. “We want all countries, including the U.S. to understand the value of the Chabahar facility not just for trade with Afghanistan, but for soft aid and humanitarian relief for Iranians,” the official said.

India, Iran and Afghanistan have also stepped up work on trilateral cooperation to facilitate trade through Chabahar, after India sent a trial shipment of 100 MT of wheat to Kabul via the port last year. Since the port was officially opened on December 3, more than 135 containers have been processed at the Shahid Beheshti and Shahid Kalantri terminals, MEA officials said.

Officials from India, Iran and Afghanistan also opened the office of the India Ports Global Chabahar Free Zone (IPGCFZ), and India has subsequently taken over the logistics and cargo handling services of the port. Iranian bank Pasargard is expected to begin operations at a branch in Mumbai to handle transactions along with the UCO bank branch in Teheran, while the Afghan Ghazanfar Bank is in the final phase of clearances to set up a branch in Chabahar, said officials.

The push for Chabahar, which allows India to bypass Pakistan for trade to Afghanistan is likely to be speeded up, as the government looks at all diplomatic options to “isolate Pakistan” post the Pulwama attack. On February 13, 27 border soldiers of Iran’s Islamic Revolutionary Guards Corps (IRGC) were killed in a similar suicide car bombing in the Sistan Baluchistan province that borders Pakistan. The group identified as responsible, Jaish-e-Adl (JA), also runs bases in Pakistan’s Baluchistan province.

No country for Bangladeshi women
BJP is testing its own achievements in West Bengal elections
The Chinese challenge is here to stay. Here are some steps India can quickly take to counter it
SAWM concerned at targeting of member
Why Poor Response to Vaccine?
India Has Jaswant Singh to Thank for Close Ties With Saudi Arabia 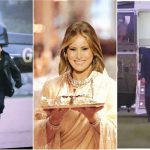