This story first appeared in TheQuint

What Uttarakhand CM Rawat has done is this: establish some women to be worthy of sneer, jeer, and violence.

What is the similarity between the incident of mass shooting at multiple sites in Georgia, US and the trending twitter hashtags, #GirlsWhoWearRipped Jeans and #RippedJeansTwitter?

Both are an outcome of a continuum of stereotyping women on the basis of their appearances. Robert Aaron Long, a 21-year-old man shot eight people dead at three different massage parlours or relaxation spas in Atlanta on 17 March: six of them were women of Asian descent. Just as ‘westernised’ women—those who live, earn and spend independently—have long been stigmatised as tarts in India, Asian women have borne the brunt of continued hypersexualisation in pop culture.

Murder—even metaphorically—often begins with a casual tug. At what the victim may hold dear: a portmanteau, or comportment. You can resist the tug and escalate the fight, or ignore it and be robbed—of your dignity or diamonds.

What Makes Someone a Good Mother or Mentor?

Exactly a month ago, on 18 February, I was addressing a bunch of senior students at my stepdaughter’s school. I was invited by the school management to mentor these meritorious students in their upcoming career pursuits. The conversation turned out to be lively and informative, feedback even better. The school boasts of a stellar record of students making it to the finest universities across the world—none of our institutions in India figure on the top charts now, unfortunately.

I can only thank my stars that the new CM of Uttarakhand hadn’t iterated his opinion on what brand of women are fit to guide and mentor children and young adults.

My ripped jeans and brightly coloured hair would not have stood a chance. Never mind my university degrees with enviable grades, almost a decade-long academic career at one of India’s best universities, countless publications, and a respectable career graph spanning various fields.

Oh, I forgot about the two brilliant—academically and socially speaking—daughters I’m raising at home.

No, I’m unwilling to be modest about any aspect of my life anymore because each little bit of this collage has been painstakingly put together involving copious amounts of sweat, blood, and milk. And I speak for all women who get casually stereotyped, whether or not they wear ripped jeans.

However, before we proceed, allow me to share my scepticism about CM Rawat’s “flight” story: it’s amusing how all the possible “liberal” cliches are present here—husband is professor at JNU, woman in question is an “NGO” worker, bratty children et al.

India-China ties will be reset after LAC stand-off, says former NSA Shivshankar Menon
Out of the closet: With BECA and other initiatives, India is working with a superpower. It must stay the course
Year later, Kashmir status change not a talking point with West Asia: Former Ambassador Anil Trigunayat
Student visa changes part of Trump’s racist immigration policy: Expert
BJP is testing its own achievements in West Bengal elections
All About Eve: It’s Time For Vagina Dialogues 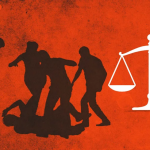 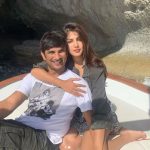