Everything the BJP govt has done since 19 June is to tiptoe around PM Modi’s statement on the Chinese intrusion in Ladakh during the all-party meeting.

Congress leader Rahul Gandhi shed the politician’s uniform, the white kurta-pyjama, for a light blue boardroom shirt in two beautifully – and expensively – shot videos over the last week, as he attempted to pin the Narendra Modi government down on its foreign policy mistakes, especially on China.

In the first video released on 17 July, Gandhi asked: Why has China chosen this particular time to violate the Line of Actual Control (LAC) in Ladakh?

In the second video, posted on 20 July, Gandhi pointed out that the Chinese don’t do anything without thinking about strategy, so what’s their tactical and strategic game-plan?

Perhaps the question to be asked here is how Rahul Gandhi found the time to make these China videos — notice the care with which they have been shot, the ombre merging into a dark background, the post-production work showing up his tanned lines — but hasn’t said a word in defence of his former friend and colleague, Sachin Pilot, who has been roundly humiliated by senior Congress leader Ashok Gehlot these last few days.

Clearly, Rahul Gandhi would rather speak of the enemy at the gates in Ladakh instead of addressing the enemy within. A leader who cannot protect his own, who would stand by and allow the older generation to eat their young, how can he protect India when it is in trouble – never mind that the Congress party is thrilled that their Dear Leader’s second China video has been trending on Twitter all morning?

In response to Rahul’s first video, External Affairs Minister S. Jaishankar let fly a storm of 10 tweets. Unlike Gandhi, Jaishankar certainly doesn’t want to be prime minister ; he knows he has unprecedented power already. But loyalty to the PM demanded that he respond to the Congress leader, even if it meant unfairly targeting the previous government that did not fall because of foreign policy miscalculations – and even if the attack on the past showed up his own ministry in bad light.

So let’s analyse five of Jaishankar’s responses to Rahul Gandhi:

It is true that PM Modi has met China’s top leader, President Xi Jinping, more times than any previous leader, which is a good thing. But Modi’s team is certainly emboldened by soldiers such as 23-year-old Gurtej Singh and several others, who displayed incredible courage on 15 June night on the frigid heights of the Galwan Valley, when they killed several Chinese soldiers, including their commanding officer.

The point here is that in dealing with the Chinese, Jaishankar should know that the moral high ground belongs to India, and not just PM Modi.

2. SJ: We speak our mind more openly now…Ask the media.

Being a former diplomat, Jaishankar understands dissent. He has dealt with journalists and tried to win them over because he knew it was important in order to spread India’s message. But as EAM, he presides over a ministry that would rather speak to journalists who agree with him. ‘Don’t call us, we’ll call you,’ is his ministry’s message.

In this school of thought, the building of India can only be compared in six-year blocks, because Modi has completed 6 years in power. It doesn’t matter that Manmohan Singh was PM from 2004-2014, during which period the China Study Group first proposed that border infrastructure should be vastly improved. To its credit, Modi has carried that idea forward, as he should have.

But what if Jaishankar were to also look up the previous six-year period, when Atal Bihari Vajpayee was PM and under whom the Special Representative mechanism with China was set up? He will find that infrastructure along the border with China was either non-existent or abysmal.

4. SJ: Nepal after 17 years is getting… a swathe of developmental projects. Ask their citizens.

Someone badly messed up on this tweet. In 2015, the Modi government decided to support the Madhesi agitation; in 2017, the Ministry of External Affairs failed to understand the anti-India politics of Communist leader K.P. Oli; and in 2020, Nepal is releasing new maps claiming disputed territory as its own. From 2015 onwards, India’s Nepal policy has gone only in one direction: southward.

5. SJ: And Pakistan notes the difference between Balakot & Uri on the one hand and Sharm-el Sheikh, Havana & 26/11 on the other…Ask yourself.

One wonders what Jaishankar would have said about Vajpayee’s Lahore bus ride in 1999, the IC-814 hijacking that saw the Vajpayee government give up three terrorists, and then, only two years later, invite Pervez Musharraf, the author of the Kargil conflict, to peace talks in Agra? And when all those measures failed, Vajpayee didn’t give up but set up another summit in January 2004 with Musharraf in Pakistan?

So, the question is, should Jaishankar resist the temptation to score political points off an opposition leader – Rahul Gandhi, in this case – who doesn’t really know better? Surely, the good EAM knows that there are several people with longer memories and better understanding of context?

Rahul Gandhi is an easy target. The tough work will come when the Modi government will have to use all its persuasive power as well as its friendships with powerful nations like the US and Russia to get China to fully withdraw on its own side of the LAC.

One last question: Who sanctioned PM Modi’s talking points at the 19 June all-party meeting on the Chinese intrusion in Ladakh, when the PM said “no one had intruded into Indian territory or taken any post”? Everything the government has done subsequently is to tiptoe around that statement and walk back the Chinese on the ground. Can someone in the MEA explain that one, please?

SAWM seeks immediate reopening of Kashmir Times office
Neither Israel nor Hamas in Palestine is even thinking of peace
This fire will not remain confined to Afghanistan, it will spread through the region. India is not doing enough: Akrami
Decoding mutations and variants of evolving COVID-19 virus
‘No two countries share this sort of a relationship’
Teresa Rehman: The Heart of the ‘International Magazine with a North-eastern Soul’ 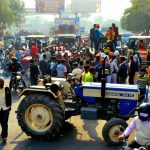 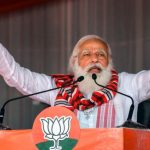 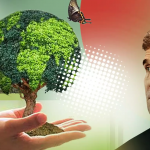