Golf tournament brings together Indians and Pakistanis in America

A Golf tournament brings Indians & Pakistanis in America together. Sports can bring two communities together in such a friendly manner. Aman ki Asha writes about this. SAWM member Beena Saewar co-writes on this tournament.

Mohubbat (Love), a US-based non-profit organization behind the initiative, was launched in 2018 with the tagline “Humanity above all”. Its first event was a musical evening 23 February 2018 featuring Ustad Shafqat Ali Khan. The interfaith Universal Peace Foundation honoured Khan with their Ambassador for Peace award in July 2018.

This was followed by the well-attended First Annual Mohubbat Golf Tournament and Dinner, September 2, 2018. The upcoming event Sunday 6 October is already sold out with 700 participants.

“Golf is a game in which you don’t play against anyone, and you build a camaraderie with those you play with”, says Azhar Hameed, the LA-based businessman and philanthropist who founded Mohubbat. He wants golf and sports magazines to recognise that “Golf is no longer primarily played by white men, there are many brown people in it too”.

As someone who is passionately involved in furthering the cause of education in Pakistan and an avid golfer, he connected with other expatriate golfers from India and Pakistan working to promote education and other causes back home.

By participating in the tournament together, he says, U.S.-based Indian and Pakistani golfers are rising above the political differences of their countries of origin in a symbolic statement of peace.

Participants at the first Mohubbat event

The organisation aims to “become a role model for Indians and Pakistanis around the world. We hope to demonstrate how inter-community integration based on the philosophy of love and compassion can lead to peace and prosperity for all, especially the underprivileged amongst us”.

Mohubbat has in the past organised musical events and participated in a Poetry for Peace event, part of a series of Global Standouts for Peace held at a time of heightened tensions between India and Pakistan following the Pulwama attack in February this year.

“When we started Mohubbat we were focusing on India and Pakistan”, says Hameed. “But now we want to spread our message beyond that, to the world. Because the world needs love. We know we can’t change things overnight, but we have to work to rise above our differences. It’s a process, an evolution”.

“We found that golf could bring people together, and so does food and music”, he adds.

The golf tournament will be followed by the Second Annual Dinner and Entertainment Program, which includes a skit written by the sisters Bushra Ansari and Neelam Bashir whose ‘Gwandne’ (Neighbours) music video went viral earlier this year, also following the Pulwama attack.

The grand finale will be a musical programme featuring singers from India and Pakistan — Bhavya Pandit from Mumbai, and Malaika Faisal from Lahore — performing cross border songs.

The message in Alaska, from Washington to Beijing
Dealing with Covid-19: Lessons from the experience of Sri Lanka
What’s behind Chinese intrusions? Beijing needs to save face globally. Expect a long LAC faceoff and no solutions
The Pandemic has redefined everything: Greater Kashmir
Rice and fall: India and Pakistan battle over the EU’s GI tag on basmati
I’ve been wronged for my reports on health ministry: Rozina 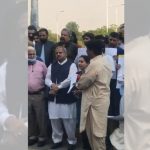 What message has Rozina’s imprisonment sent us? 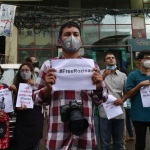 This story first appeared in Prothom Alo By Rounaq Jahan When I read the report ‘Take Tk 10 million now, will pay more later,’ published in […] 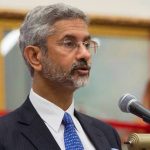