From quake to coronavirus, knee-jerk response from Nepal leadership

This story first appeared in Aljazeera

Five years ago, 11-year-old Reshma Shrestha from Sindupalchowk district in Nepal stood outside her collapsed house, waiting for the body of her mother and infant brother to be dug out of the rubble. A powerful magnitude 7.8 earthquake had brought down thousands of houses in her district and made many more unlivable.

Five years on, with the country on lockdown as a response to COVID-19, the 16-year-old is afraid of losing loved ones, once again.

Life had just started to feel normal for the Shrestha family, but the coronavirus pandemic has Reshma’s father, Resham, worried.

“We are vegetable farmers. But we can’t sell our vegetables any more. We no longer have a business,” Resham told Al Jazeera. 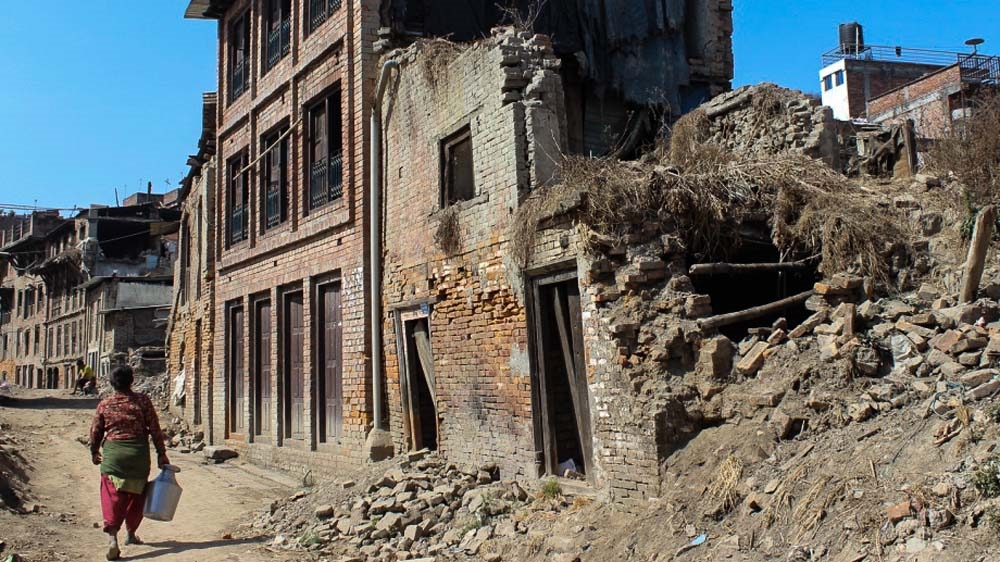 In 2015, Nepal’s leadership was immobilised when the sudden earthquake took the lives of approximately 9,000 people and left hundreds of thousands homeless.

By mid-September of that year, global aid commitments of several billion dollars were soon followed by a power tussle that led to ethnic tension, a controversial new constitution, and a change in government.

In the meantime, people continued to live in temporary shelters. It took eight months for a national reconstruction body to be formed and another year to formulate a plan of action.

“This should have been a time for the leadership to prove themselves. But instead, they wasted time, did not set any priorities, and the leadership busied themselves with consolidation of power,” says Basanta Basnet, editor of the weekly Nepal magazine. 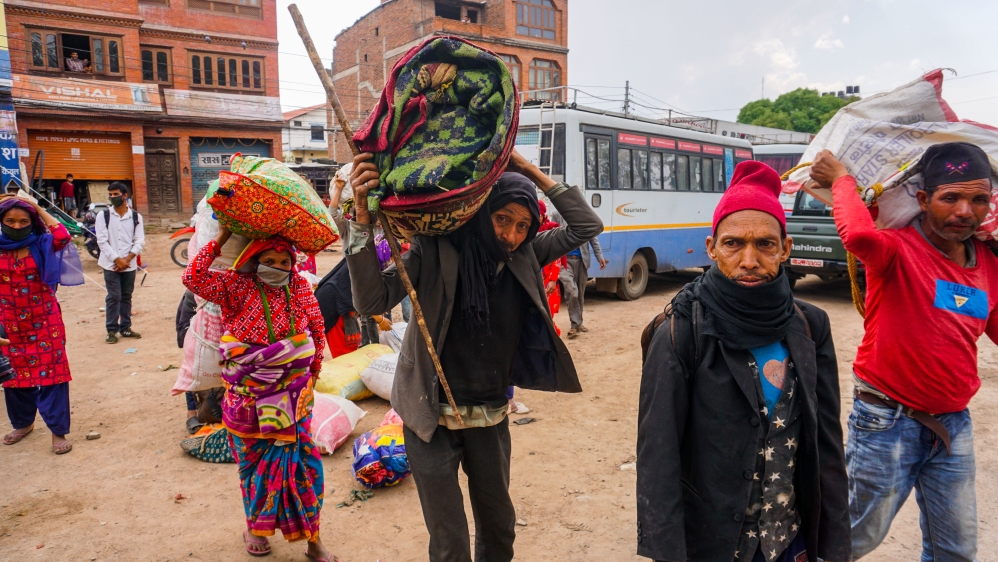 Nepalese daily wage workers and their families head back to their villages during a government-imposed nationwide lockdown in Kathmandu [File: Sunil Pradhan/Anadolu]

The first case of infection was detected in early January. On March 23, while the total number of infected were still in single digits, the country went into lockdown.

No provision was made for thousands of migrants working both abroad and within Nepal – who were stranded.

As people started walking back home, one man fell to his death while crossing a bridge that had been closed. Millions of farmers and daily wagers are struggling to survive.

As promises of funds and debt relief started, the government became embroiled in allegations of corruption while procuring personal protective equipment (PPE).

As with the earthquake, citizen groups immediately joined to help, collecting and distributing relief material.

“We can’t just sit down and not respond because experience tells us that it’s the society’s poorest and marginalised will be left out,” said Raunak Raj from Sano Paila, a local organisation which has been mobilising volunteers and distributing relief.

“It’s worse than the post-quake as fewer organisations are on the ground … and local elected representatives are distributing aid on the basis of their ‘vote bank’,” he said, meaning that they are prioritising their supporters.

Since the earthquake, Nepal has had elected leaders at different tiers of government. The current federal government, led by Prime Minister KP Sharma Oli, holds a large majority.

“The hubris of an absolute majority has meant that the government’s democratic values have been compromised,” says Basnet from Nepal magazine.

In the past weeks, the prime minister’s attempt to pass controversial laws to strengthen his own position backfired, and he had to retract them after much criticism.

The communist party-led government has been criticised for attempting to quash critics, sometimes with farcical incompetence.

A retired bureaucrat was detained for “cybercrime” after he made corruption allegations against the government.

Individuals and organisations working in relief distribution are afraid that the slightest criticism of the government might land them in trouble.

After the earthquake, the government had clamped down on independent fundraising and relief. Some groups working on COVID-19 relief say they have received veiled threats.

Amid the political drama, Sushil Gyawali, who oversaw the reconstruction work after the earthquake, announced: “Out of 781,176 beneficiaries, who have signed grant agreement for the government grant, 494,044 (63 percent) have already built their houses…

“The international community has praised Nepal’s achievements in post-earthquake reconstruction and rehabilitation,” Gyawali, who heads the National Reconstruction Authority, said on the five-year anniversary of the earthquake.

But 44 percent of health institutions damaged during the earthquake, much needed in a pandemic, are yet to be reconstructed.

“Resource arrangement has been a major challenge for the reconstruction of these health institutions,” Gyawali said.