Devendra Fadnavis, the Chief Minister of Maharashtra is aiming a check-mate in the upcoming assembly election in the state. His political insight has sealed his unquestionable position in the state’s politics. Marya Shakil along with Vinaya Deshpande decodes the political game plan of the leader in this article.

In July 2016, the rape and murder of a 14-year-old girl from the Maratha community by three Dalit boys in Kopardi village of Maharashtra’s Ahmednagar district sparked demonstrations across the Marathwada region. Soon, a non-political outfit, Maratha Kranti Morcha, would lead its first mass meeting in August 2016. A few months later Marathas organised a bike rally in Mumbai after the state administration announced filling of 72,000 government jobs. The protest gathered steam. Into this morass stepped a then freshly-minted chief minister Devendra Fadnavis. He held direct communication with the group and promised to meet its demands.

Marathas make up 34 per cent of the state’s population and control 90 per cent of the sugar factories and cooperative banks. This politically influential community had been demanding a quota in jobs and education under the OBC category for decades, which was opposed by many previous Maratha chief ministers including Vilasrao Deshmukh and Sharad Pawar.

Strident protests were witnessed on the streets of Mumbai, where some Maratha demonstrators shouted casteist slogans against Fadnavis, who hails from the numerically insignificant Brahmin community. There was a sentiment of distrust towards the government. Certain vested political interests also shot from the shoulders of the Maratha protesters. It was a tangle which almost threatened to pull down the BJP-Shiv Sena government.

In the Maratha reservation matter, the Fadnavis government was up against a Supreme Court judgment of a 50 per cent cap on quota. The Bombay High Court had in 2014 stayed implementation of the erstwhile Congress-NCP government’s decision to provide reservation to Marathas. In November last year, the Maharashtra legislature passed a bill proposing 16 per cent quota for Marathas under the socially and educationally backward class category. This increased the reservation in Maharashtra to 68 per cent, far above the Supreme Court cap. As expected, multiple petitions were filed challenging the decision. The government defended its move and the Bombay HC upheld it. “He (Fadnavis) would hold meetings with top legal eagles of the country to find a way out. The reservation, granted by the Bombay High Court, now stands challenged in the Supreme Court. But it hasn’t stopped the BJP from building a narrative that a Brahmin chief minister did what 10 Maratha CMs couldn’t do,” a BJP source said.

Several senior Maratha leaders from the BJP went to their constituencies to drive this point home, in a bid to lend authenticity to the narrative. “We took it upon us to spread the word. Since we are Maratha leaders, our community would trust us. We made use of that trust to build a positive image about Fadnavis. Ultimately, he had tackled the issue with a lot of care and sensitivity,” a senior BJP leader said.

In one stroke, Fadnavis virtually dismantled the state’s long-held caste allegiances. His party has also largely succeeded in consolidating various regional aspirations in Maharashtra into a cohesive state aspiration. In June 2016, as protests were on, the BJP nominated Sambhaji Raje, a descendant of Chhatrapati Shivaji, to the Rajya Sabha. A few months later, the caste-based parties such as the NCP suffered more setbacks. Sharad Pawar may be the old fox of Indian politics, but failing to reinvent himself had cost the Maratha strongman dearly. Just two months after the polls, NCP MP from Satara and a descendant of Chhatrapati Shivaji, Udayan Raje Bhosale, joined the BJP. The party appropriated Shivendra Raje Bhosale too from the NCP. Udayan Raje and Shivendra Raje never saw eye to eye when they were in Pawar’s party. Now Udayan Raje is fighting the Lok Sabha bypolls, while Shivendra Raje is contesting the assembly polls. The sequence of events, the timing of the announcement of jobs, the battles both politically and legally and the appropriation of the Shivaji clan into the BJP makes one marvel about the script written to precision.

Fadnavis – Phadnavis – was a critical administrative post in medieval Maharashtra. Devendra, a Brahmin from Nagpur, might not stop at just that and claim a larger title. A much-anticipated seat-sharing formula for the October 21 assembly election in the state was announced a week after the BJP released its first list of candidates and Shiv Sena chief Uddhav Thackeray started distributing the B-forms to nominees. Neither the BJP president nor its working president was present; not even parliamentary board member and old Maharashtra hawk Nitin Gadkari. It was left to chief minister Fadnavis to step in. Uddhav Thackery, a pale shadow of his father Balasaheb, was present with son Aditya who is making his electoral debut. BJP president Amit Shah who had travelled to the Thackeray residence Matoshree before the Lok Sabha polls didn’t do so this time. The party had sent a message to Janata Dal (United) leader and chief minister Nitish Kumar in Bihar, too – in assembly elections, the state units will do the talking.

Rewind to 2014. The BJP had become the single-largest party by winning 122 of Maharashtra’s 288 assembly seats, still short by 23 seats for government formation. The party had no chief ministerial face. At least five names were in the race, including senior leader Eknath Khadse, late BJP leader Gopinath Munde’s daughter Pankaja Munde, Nitin Gadkari, Vinod Tawde, and Devendra Fadnavis. Of them, Tawde, Munde and Fadnavis were the young Turks – Munde, also an OBC leader, was riding on a sympathy wave, and conventional optics were against Fadnavis. He was a Brahmin in a Maratha-dominated political landscape. He came from Vidarbha, a development-starved area. He didn’t have the blessings of a godfather. Yet, the party put its faith in him. He was one of the negotiators along with Gadkari to bring Sena to the table. Two Sena emissaries also held talks with Rajnath Singh.

But within five years, the picture has changed completely. On the political chessboard of the state, Fadnavis is today the king, the queen, the minister and the elephant stomping on a familiar ground.

“There is a model of governance of PM Modi and there is a model of organisation crafted by Amit Shah. Fadnavis understands both. The central leadership doesn’t get into the day-to-day affairs of Maharashtra,” says a senior BJP leader, adding, “Fadnavis knows what the PM’s double engine growth means and he has managed to achieve it. The Centre and the state are in sync. The double engine failed in the now-dead alliance with PDP in J&K because the Centre and the state moved in two different directions.”

Winning the tug of war

The near absence of a prominent Maratha face in the NCP-Congress combine and also the Shiv Sena today makes the BJP a force to reckon with. What followed was also the annihilation of the Sena. “They may have contested separately in 2014, but Sena finally joined the government. Fadnavis convinced the party’s central leadership that the alliance leadership debate had been settled and he would play second fiddle to none,” said a source. Spool back to the February 2017 Brihanmumbai Municipal Corporation elections. The BJP, which had till then left things to the Shiv Sena, decided to contest all 227 wards. It may have won 84, but the message was clear: it wanted its presence in every booth of the state.

The BJP also won the Mira Bhayandar Municipal Corporation for the first time. Fadnavis had given the first jolt to the Sena when its candidate Manda Mhatre won on a BJP ticket in 2014. The Palghar by-elections of May 2018 further diminished the Sena’s negotiating power in the pre-alliance announcement stage of the 2019 polls, as the BJP won a direct contest. In Navi Mumbai too, a former Shiv Sena leader who had joined the NCP, moved to the BJP instead of the Sena ahead of the polls. Ganesh Naik led a team of 55 corporators to the BJP.

Fadnavis used a multi-pronged approach while dealing with the Sena. One can finish an opponent by refusing to give them what they want. But Fadnavis used another ploy. He co-opted Sena leaders who were inducted into the Maharashtra cabinet. He gave in to their demands, kept them on his side. Within a few years, there were murmurs that a few of the Sena ministers now owed more allegiance to Fadnavis than to the Thackerays. In an interview to CNN-News18 before the Lok Sabha elections, Fadnavis talked about his administrative skills. When asked about the constant bashing through Shiv Sena’s mouthpiece Saamana, he said, “I don’t read Saamana. My opinion is based on my experience. And I work with Sena ministers. We are together in the cabinet. And we take all the decisions unanimously. There is no opposition from the party there. Why should I believe Saamana then?”

Despite repeated assertions before elections that a Shiv Sainik will be a CM soon, Uddhav too developed a pragmatic approach by saying that “one day” the chief minister will be from the Shiv Sena. He knew fully well that son Aditya still had to learn the ropes of politics and cannot emerge as a challenger to Fadnavis in the near future.

A few months ago, when Uddhav Thackeray had called a meeting of all Sena leaders to discuss strategy for the Lok Sabha as well as Vidhan Sabha elections, many senior leaders had suggested that the party should fight the elections on its own. But a substantial number of Sena leaders, having tasted the fruits of power, also strongly advocated for staying with the BJP. Opposition leader and former home minister Sushilkumar Shinde has called for a merger of the NCP and Congress. That may not happen anytime soon. But one thing is clear: on the political chessboard of Maharashtra, for now it’s only Fadnavis who is playing the game, and checkmating all. 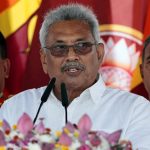 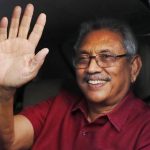 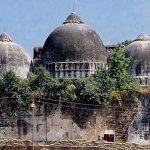