Villagers call Bandara the murukku maker; he makes more than 6,000 bottles of this snack every day, with not a single bottle being returned. He is among the few success stories in a village where self-employment is not always profitable. His secret to success has many reasons; hard work, team support and a purpose-built commercial kitchen stove.

Built for LKR 40,000 (USD 260), the new stove is a considerable expense for a village-based cottage industry. Yet, Bandara feels that the stove has helped him turn a new leaf.

Since the installation of his energy-efficient stove five months ago, his production of murukku has nearly doubled and he has hired 10 more employees – all women from the neighbourhood who earn a daily wage between LKR 400 and 800 (USD 2.6 – 5.2).

“I used to buy LKR 1,000 (USD 6.5) of firewood every day. Work was dependent on the ability to secure firewood, including logs. Now I only spend between LKR 200 and 300 (USD 1.3 – 1.9) on firewood. I also had to use four gas cylinders a day for the four conventional stoves and each cylinder costs me LKR 1,800 (USD 12). With my new stove, I only use one other traditional stove,” says Bandara.

“This stove is efficient and has made a difference to my life and my income. This energy-saving solution has made mine a commercially viable venture. This stove is a huge relief.”

There are indirect benefits as well. Earlier, Bandara used a conventional single burner stove, which was fuelled by firewood and would fill his home and the surrounding environment with smoke. His helpers found it difficult to work without choking. But now, a new chimney efficiently carries fumes out of the building, reducing indoor air pollution.

“Throughout the day, our clothes and hair used to smell of smoke. Now, even as you stand next to the stove, there is no smoke coming out,” says Nandini, one of his employees.
But for the small-time businessman, the biggest benefit is the ability to make more snacks. Using each gas-fired stove, he used to make about 80 pieces in one go. Now, he makes between 100 and 120 pieces a day. “It consumes less oil and the heat is efficiently managed,” says Bandara.

Unlike Bandara, HMP Dayananda did not want to give up his little boutique for anything, but once he was introduced to the benefits of commercial mushroom cultivation by the Integrated Development Association, an NGO promoting solutions in sustainable development, Dayananda decided to give up his business to become a farmer.

The oyster mushroom cultivation project at his home was initially expected to be a source of income for his wife. But 14 months later, the couple bring in a joint daily income of about LKR 800 (USD 5.21).

Their investment is low. An LKR 100 (USD 0.65) packet of seeds can be used to create about 70 pots, which is a mixture of wood scrapings, paddy husks and saw dust that is stored inside a cool dark room. Dayananda’s wife, HMS Herath, buys 20 kilograms of wood scrapings from a nearby carpentry shop for Rs 20 to prepare the mixture. After about 45 days, oyster mushrooms sprout. From each pot, over a period of two months, they grow between 200 and 300 mushrooms.

Besides the joy of becoming successful commercial mushroom cultivators, the couple is ecstatic about their new purpose-built stove, which they use to steam mushrooms. The new stove was built with technical input from IDEA, at a cost of LKR 15,000 (USD 98)

Every day, the family saves LKR 2,000 (USD 13) they used to spend on buying and transporting gas. “Heat does not escape this stove, designed to fit a barrel. We boil mushrooms for about four hours, which also saves our time,” says Herath.

Stove commercialisation has been one of the Integrated Development Association’s biggest successes. The fire box is created to suit specific needs and according to energy efficient models to ensure maximum benefit to the user.

“The approach is to first integrate simple, low cost, low carbon solutions that elevate communities. Next, to integrate these solutions into district and national level planning, making solutions sustainable,” says RM Amarasekera, executive director of the Integrated Development Association.
With more than 600 families directly benefitting from these solutions, the intention is to mainstream such concepts as the Sri Lankan government makes progress on its ambitious aim to develop 10,000 green villages across the country.

The Intergovernmental Panel on Climate Change has recommended that all countries achieve net zero emissions of greenhouse gases between 2050 and 2070 to keep global warming below two degrees Celsius. There is also a regional commitment by South Asian countries to mainstream energy efficiency and energy conservation into national policy making.

“This is an indirect way to promote energy efficiency and to move away from carbon intensive fossil fuels,” says Dumindu Herath, programme manager at IDEA. “It fits well into Sri Lanka’s current drive to develop 10,000 green villages, promoting low carbon development as a national development strategy.”

Twitter
Dilrukshi Handunnetti is a lawyer by training and a journalist by choice. She currently serves as the Consulting Editor of the Daily and Weekend Express, Sri Lanka’s first international newspapers. Dilrukshi is a Gender Focal Point for the International Federation of Journalists (IFJ) -the Asia Pacific, Co-convenor of South Asian Women in Media – Sri Lanka Chapter and the Executive Trustee of the Center for Investigative Journalism –Sri Lanka. Dilrukshi has worked across South Asia as a reporter, trainer and media researcher. She spends considerable time supporting media solidarity initiatives in South Asia. Much of her work focuses on governance, gender and media rights. 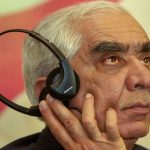 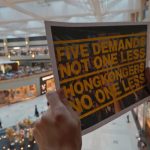 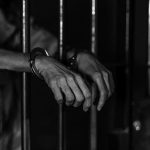