Twitter
Kamalika is a Television Journalist with 15 years of experience working in Television Media. Started as a cub Reporter with ANI in the year 2003, she also has working experience with Sahara TV, Aakash Bangla and Focus TV. Presently associated with Zee 24 Ghanta as its Special Political Correspondent has so far covered 3 Assembly elections (2006, 2011 and 2016) and 3 Lok Sabha elections (2004, 2009 and 2014). She has in-depth knowledge of National Politics. She has covered politics in Gujarat, Bihar, UP and Delhi. Apart from this, she has wide experience covering political events, which includes Singur, Nandigram and Maoist movement in Jangalmahal and more recently NRC issuein Assam. Her special features on Man-Elephant conflict and River Teesta also received wide acclamation. A Post Graduate Diploma in Mass Communication from Jadavpur University, Kamalika is also a recipient of prestigious UNFPA supported Laadli Media and Advertising Award for Gender Sensitivity in the year 2012in the category of Best Television Feature Story.
The ‘Namaste’ Says It All: Why Mamata’s Meet With Sonia, Rahul Builds Oppn Hope for 2024

As she called herself a worker, Banerjee also signalled that her motto is to first unite the opposition and then look for a credible face approved by all. Read more...

Banerjee, in her Martyrs’ Day speech, had made it clear that the Opposition should start planning early for the 2024 elections. Read more...

We won’t allow BJP flags to be used on forces. BJP knows that they will loose that is why in the name of Pakistan they are trying to use forces […] Read more...

Amids so much of online hatred and as in various places Kashmiris are threatened there is a different picture in Kolkata .Though there are rumours but Kashmiris of Kolkata Say […] Read more...

Many of the celebrity MPs from the Trinamool Congress, who represented the party in the 16th Lok Sabha, may not get a chance to contest elections in the upcoming general […] Read more... 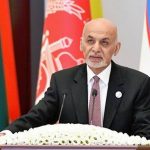 This story first appeared in The Hindu ‘We need Pakistan for peace. We need an enduring relationship, a predictable relationship with Pakistan.’ […] 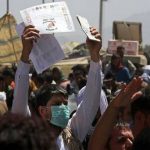 In a world of hard geopolitical realities, New Delhi must leverage its unique strengths in remaining engaged with Kabul In the chaos that has […] 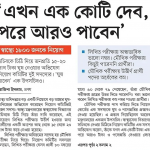