Twitter
Anuradha Bhasin Jamwal is Executive Editor Kashmir Times, the oldest English daily in Jammu and Kashmir which has continued to maintain an independent voice despite many threats and intimidations. She has also accomplished long term research projects on media reportage, conflict, human rights and gender. She is also a Commonwealth fellow, 2016. As an individual and part of several civil society groups including India chapter of Pakistan India Peoples Forum for Peace and Democracy (PIPFPD), South Asians for Human Rights, Forum for Democratic Rights and Women's Regional Networking, she has been advocating for human rights, women rights and peace in South Asia. She continues to be a member of the national executive of the PIPFPD and has remained its co-chairperson from 2012-2017.
Kashmir: A volcano waiting to explode

Apni Party or Unki Party? What's in a name? But the strange christening of new Jammu and Kashmir based political formation as 'Apni Party' meaning 'Ours/ My Party' evokes curiosity. Whose party is it, anyway? What does it stand for Read more...

SAWM member journalist Anuradha Bhasin writes how the arrest of Davinder Singh a deputy superintendent of Jammu and Kashmir Police has opened the dark side of the security apparatus in Kashmir. Beside delving deep into the layers of thus arrest Read more...

India is experiencing mass protest across the country against the BJP led central government. Editor of Kashmir Times and SAWM member Anuradha Bhasin Jamwal writes where exactly Kashmir stands and why the slogans and the resistance will ring hollow without Read more...

Recently the editor of Kashmir Times Anuradha Bhasin was at Mumbai Press Club to talk about the situation of Kashmir, which has been kept cleverly under wrap by the State. She talks about the Media, the local journalists who are Read more...

How exactly does it feel when after one month the landlines start to ring in a media office? The complete information shutdown in Kashmir for the last one month is barring to get the real picture. Journalists never felt such Read more...

HIJAB OR NO HIJAB: THE DISCOURSE EITHER WAY ENDORSES A STEREO-TYPE

New Zealand’s ‘hijab’ campaign as part of solidarity for its Muslim community has been viewed differently across the globe. Many liberal feminist friends from across South Asia critiqued the move […] Read more...

THE CURIOUS CASE OF GOVERNANCE IN ENGAGEMENT WITH KASHMIR CONFLICT

The complexity and intractability of Kashmir conflict has the strange potential of impacting every sphere of life including routine daily hum drum of ordinary lives in a myriad ways; […] Read more...

MARGINALIA To the many unprecedented methods employed in the last seven decades by New Delhi while handling a hot potato like Kashmir is yet another addition – three-phased polling in […] Read more...

JARRING VOCABULARY AND ITS DUALISTIC IMPORT

FOR LOVE OF A BLOODY WAR

The video of Wing Commander Abhinandan as prisoner of war in Pakistan standing with poise and dignity, after being beaten by a bunch of villagers, and answering the questions of […] Read more...

POLITICAL MILCHING OF A TRAGEDY

Within minutes of the Pulwama attack, as news studios went ballistic and outrage across the country reached a crescendo, the prime minister who should have immediately addressed the nation with […] Read more... 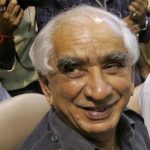